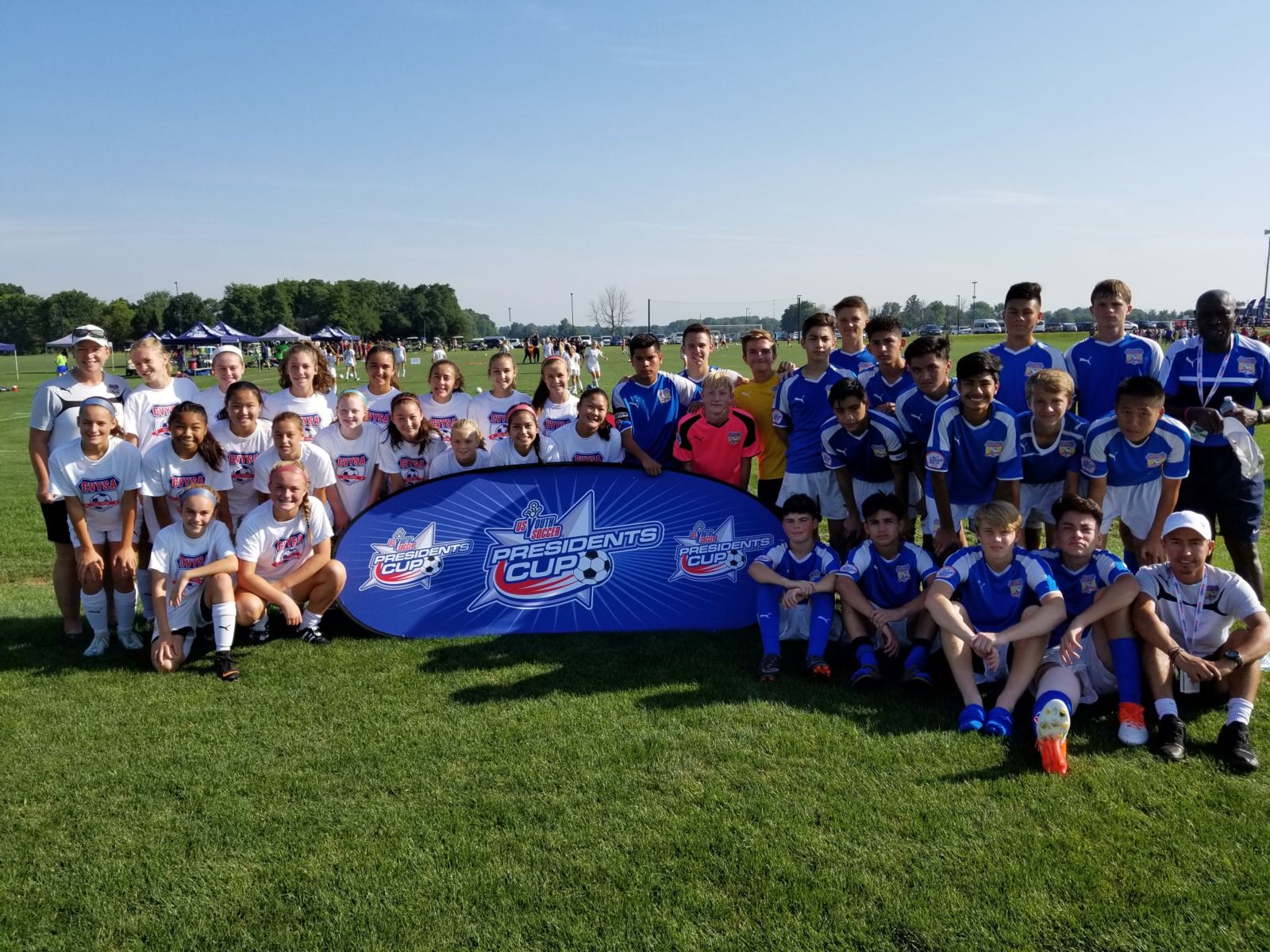 Did someone say CVYSA had TWO TEAMS at the USYS President's Cup Nationals'?

The Boys started their game at 7:15 AM ... yes in the morning! The game started off well for the boys, we took control & had more of the play. Their hard work & persistence paid off in 18th minute. We got a free kick about 25 yards out on the right side of the goal. Sebastian prepared to take the kick. Once everyone was set, Sebastian made a steady strong approach to the ball & struck a high shot to the keeper's right. Although the keeper got his hand on the ball, Sebastian recorded his 4th goal or the tournament and a 1 - 0 lead for CVYSA. Sebastian had another free kick later in the half. That kick came from the right side of the keeper but close to the end line. The keeper made a heck of a save on that shot. Half time score was good guys 1 & the Lions 0.

The second half went back & forth, with both teams sharing the ball. But I am pretty sure WE had a bit more of the play! Just past the 30 minute mark we won the ball off a Lion keeper punt. The ball was nodded forward to our center forward who then played a sweet through ball to s sprinting Sebastian. Sebastian took the ball toward the left side of the goal, cut the ball back to beat two defenders & then bent the ball into the far lower corner! WHOOP WHOOP! 2 - 0 for the BLAST!

Ok, so if you remembered what I wrote the previous day about 2 goal leads ... well those soccer demons found their way back to our boys again!

Those demons decided to show up in the 80th minute! The Lions played a long ball into our goal area. Due to the crowded area we could not deal with the ball cleanly and the ball fell to a Lion who shot low & hard to the far post. Our keeper, Mac, got a few fingers on it, but the ball slipped through & into the goal. The game is now   2 -1. From that point the Den of Lions woke up and really turned up the heart. We were now DEEP into extra time. Another long ball was played into the space in front of our box. A skirmish ensued & the Lions were awarded a free kick from about 25 yards directly in front our goal.  The Lion hit a dipping shot just over our wall. The ball was knuckling & our keeper couldn't get a clean play on itl & goal number 2 was just scored for the Lions. The game played out 2 more minutes after a total of almost 7 minutes of extra time. Regulation ended 2 - 2.

Today we would go directly to Penalty Kicks. At about the same time, the girls game was ending and also heading into kicks from the spot. The Lions would shoot first. They scored. Irvin Martinez then scored for us. The Lion second shooter was wide of the target. Sebastian lined his kick up & placed his shot into the back of the net. 2 - 1 after two kicks each. The third Lion shot to Mac's right. Mac read the shot perfectly & dove to save. Carlos was our third shooter, he pulled the ball just wide right of the goal. 2 -1 after 3 kicks each. The Lions 4th shooter again went to Mac's right and again Mac read the shot, dove and held this shot/save! Our 4th shooter was Dylan Morrison.  As Dylan approached the spot for his kick, I could feel a chill roll across Indiana. The Iceman comith, Dylan prepared for his kick like a place kicker. Then he confidently smacked the ball into the back of the net! 3-1 after four kicks each. The Lions were cooked! They could roar no more for it was Our 15U Blast Boys turn to make an explosive BLAST! Our 15U/03 Boys are the first CVYSA TEAM to earn a WIN and a third place finish at the USYS President's  Cup Nationals!!! CONGRATS GENTLEMAN! Well done, bravo and way to give all your fans a few more grey hairs before a moment of pure JOY & HAPPINESS for everyone, fans, staff and especially YOURSELVES, the PLAYERS!!!

OK, so don't forget the girls were now heading into PK's themselves. Their game started at 7:45 AM. The game ended zero to zero. Much of the play was between the two 18s or goal areas. I must say the PA Nike RUSH Team had a bit more of the play till the last 10 minutes of the game. At that moment it seemed our girls got their second wind. Our best chance came with about 6 minutes remaining when Liz Mroz played a great cross in their box. The ball arrived near the center of the goal, about 10 yards out. Anna Schmidt came crashing in to make a play on the ball & the RUSH giant of a center back met her at the same time the ball arrived. Their back plowed Schmidt over to win the ball & make a clearance. Me being the quiet person I am, didn't say a word! I left Sue do the barking to ref at that moment. It didn't help, dang it!

The Rush played the ball forward & then had their best chance, an open goal. Our keeper made another one of her classic great saves, but the ball rebounded and their wing played the ball to their center mid who struck the ball hard, from about 20 yards in front of goal. So hard that the ball just kept on rising. I think it is still rising ... kind of like that home run hit by Roy Hobbs in 'The Natural'. The ball just kept sailing! I think coaches from both teams also started laughing at that same moment, the Rush in disbelief & us in utter relief! Regulation ended zero to zero.

PK Round TWO, The GIRLS version! The distance between the boys & girls game was about 300 yards. Luckily it is VERY FLAT in Indiana and Hunter Miller, one of our coaches was able to see what was going on in the boys PKs! Girls Turn ... Captain Olivia Beane chose to have our team shoot second, the Rush would shoot first. Grab onto your seat for some more tense moments .... Rush Kicker - scores, Maddie Mosteller shot is saved. 0 - 1 after one kick each. Rush Kicker scores, Skylar Georges shot is saved. 0 - 2 after two kicks each. Rush kicker - has her shot saved by Alexis. Alexis casually carries the ball out to the spot, places the ball & then passes the ball into the goal! 1 - 2 after 3 kicks each. Rush Kicker - has HER shot saved by Alexis. Kylie Yang shoots the fourth shot and scores. 2 - 2 after four kicks each. Rush kicker five is now trembling in her boots ... I think partly because their coach kept yelling "relax, relax". FYI -  when you yell relax, it just creates more nervousness. Anyway, Rush Kicker five has her shot saved. Cool as ever, Olivia 'Ice' Beane walks up to the spot. I imagine she thought that walk lasted forever. However, Oliva crushed her shot into the low right corner and immediately sprinted back to her teammates to complete an awesome knee slide into her waiting teammate's arms! After five kicks the CVYSA 14U Girls got their first victory and a third place finsih at the USYS National President's Cup!!

Before I continue, our keepers saved five shots yesterday! That is a WOW moment! If a keeper can save one, coaches are happy, saving two or three is ACCA-AMAZING!!

Both teams earned their third place finish through A LOT of determination, persistence and the will to win. The level of competition was WAY beyond anything either team had ever experienced, whether it be in league, tournament or even regionals. Each player from the boys and girls team needed to step up to the challenge every game. All the games were a battle of physical ability and mental capabilities. Most of us have watched the world cup this past month. We all saw how Croatia played three straight overtime games. The extra amount of time played almost equaled another full game. The physical demand on a body is tremendous, but the mental demand is as much and probably more at the highest levels. Our players, although not world cup bound, experienced that same level of mental and physical stress over their time in Indy. They persevered, grew as players, teammates and got stronger each game. To witness their growth, was an amazing sight.

Due to each players commitment and team efforts each team had two players recognized and placed on the 'Best 11' for their respective age groups. For the boys, Carlos Erazo (center back) and Sebastian Ocampo received this recognition. Sebastian is also the co-'Golden Boot" winner for the age group. He had five goals in four games. From the girls team, Molly 'the Ninja' Chang and Olivia 'Ice' Beane received the 'Best 11' for their age group. Molly & Olivia are the center backs for the girls. Without their teammates these awards are not made possible. CONGRATS to ALL the 03 Boys and 04 Girls members, players, coaches, managers and chaperones!!

The Club, your CVYSA, is extremely PROUD of the players, their team efforts and how well they represented CVYSA on this Regional and National President's Cup Journey. AND a SHOUT OUT to ALL the PARENTS and FANS who made the trip. They were well behaved and very supportive, whcih just aided the players success.

Most of the games can be re-viewed on our club facebook page "Catawba Valley Youth Soccer Association" All the National games were streamed live curtesy of Mike Poe (boys) and Janet Garcia (girls), the girls final game was aired on the club instagram page. we couldn't show two games on FB at the same time.

THANK YOU TO EVERYONE. Player Parents, Chaperones, Managers, Coaches and our (your) PLAYERS!!

AND our trip / journey would NOT have been possible without the extremely generous donations that came from around the Unifour Area. We had over 80 SPONSORS or CONTRIBUTORS support this experience. PLEASE check them out on our facebook page or our club web site, support them (if possible) and say PLEASE say THANK YOU!

The past month was the most fun I ever had writing!

Thanks for reading and for your support! 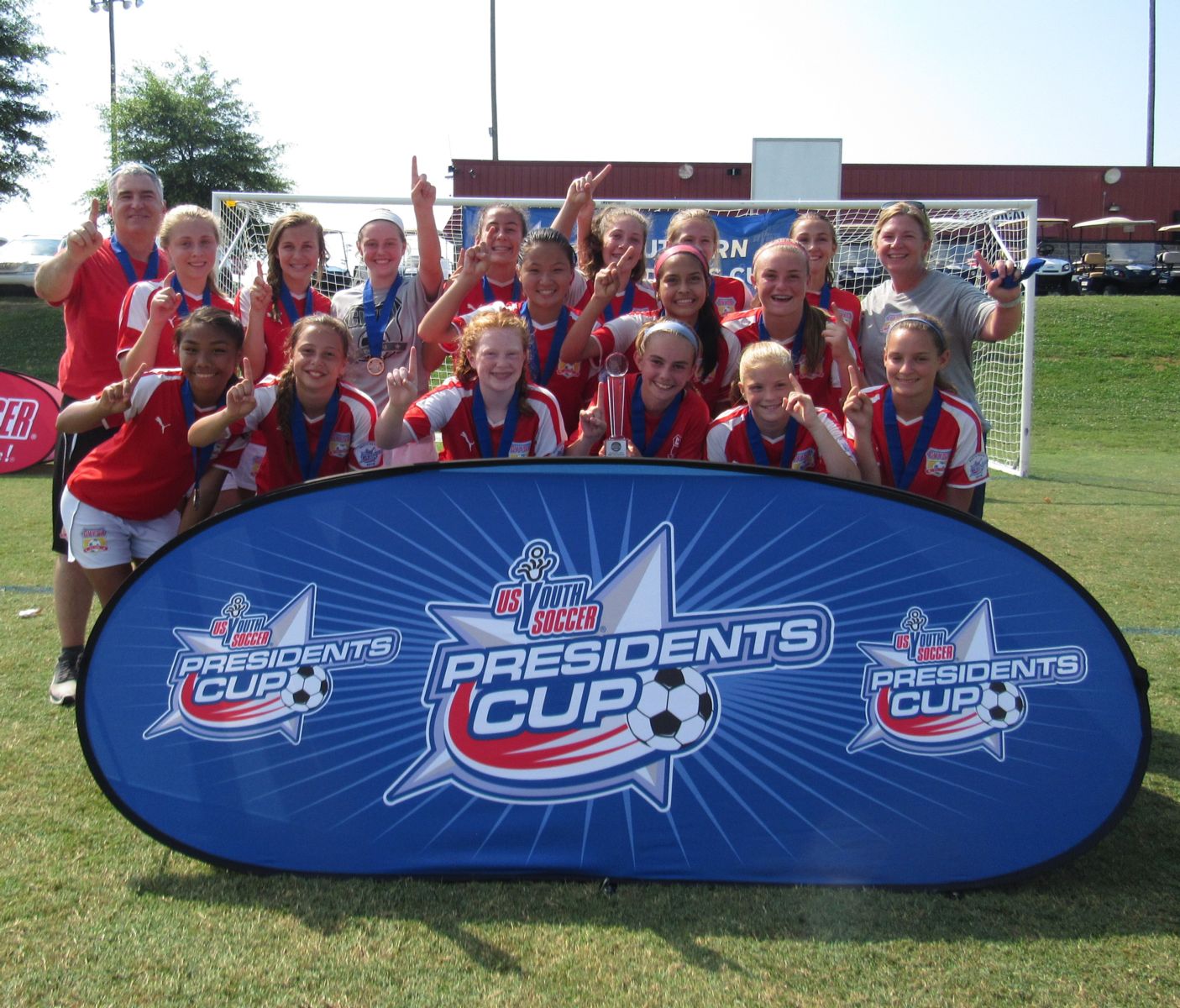 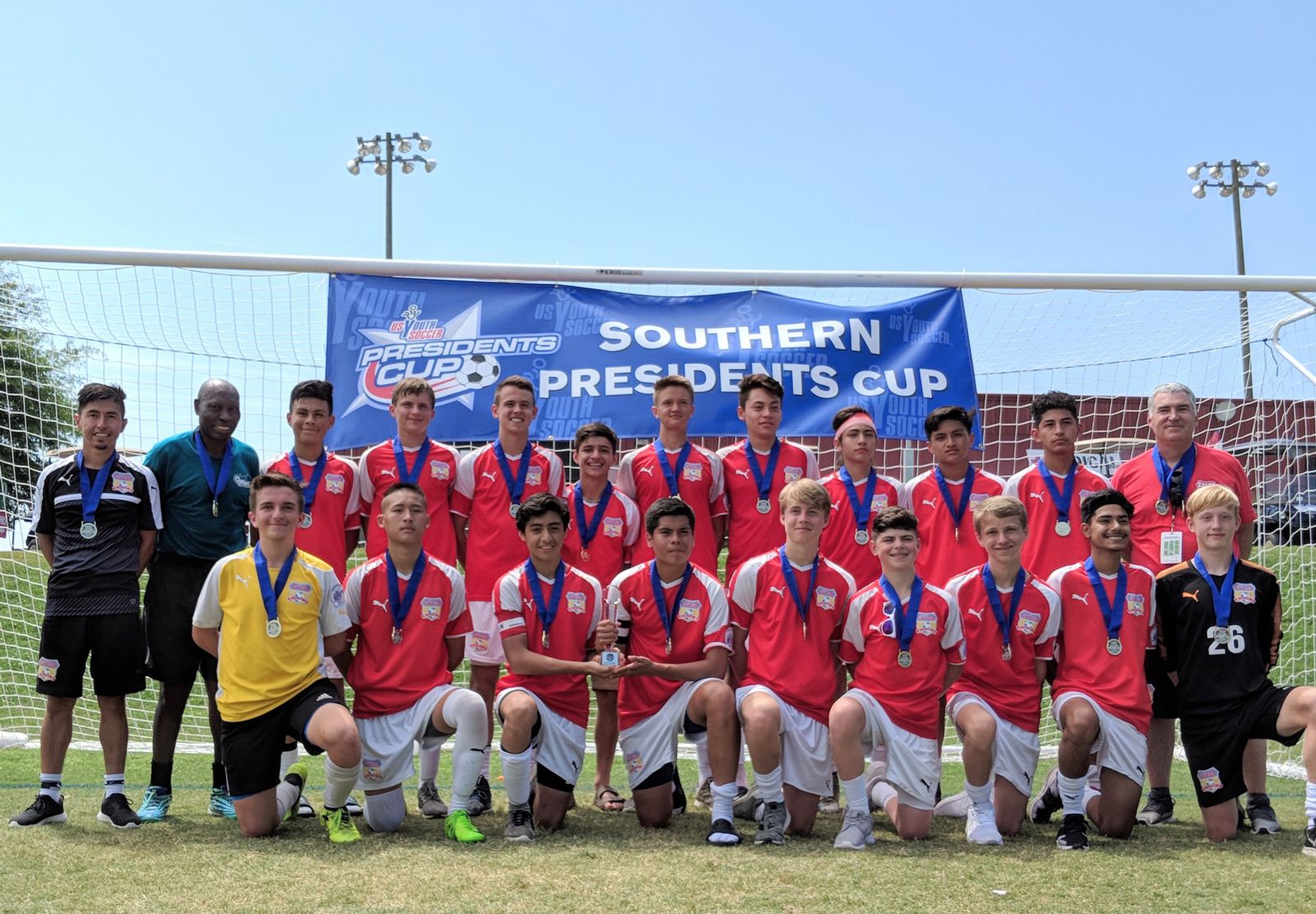 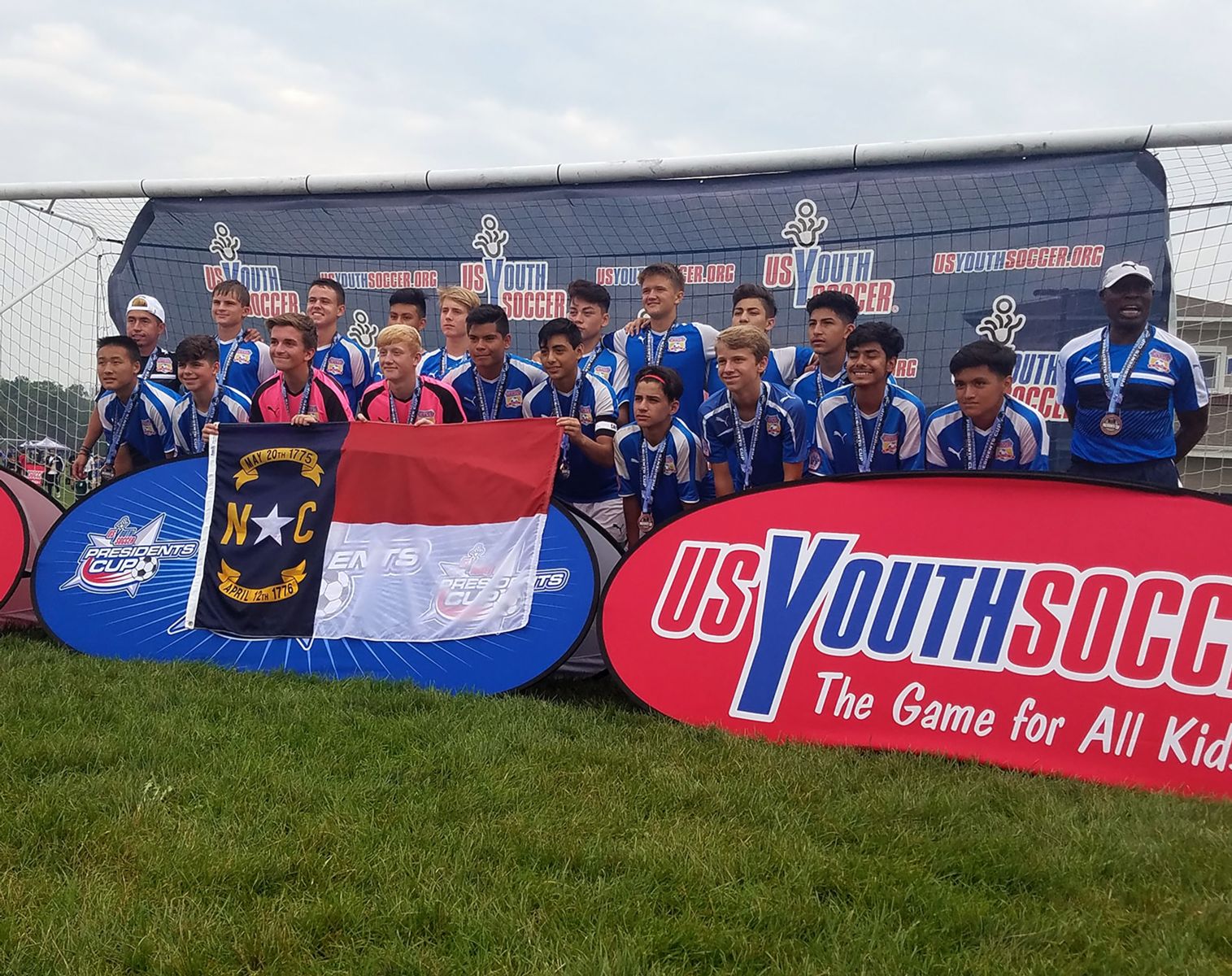 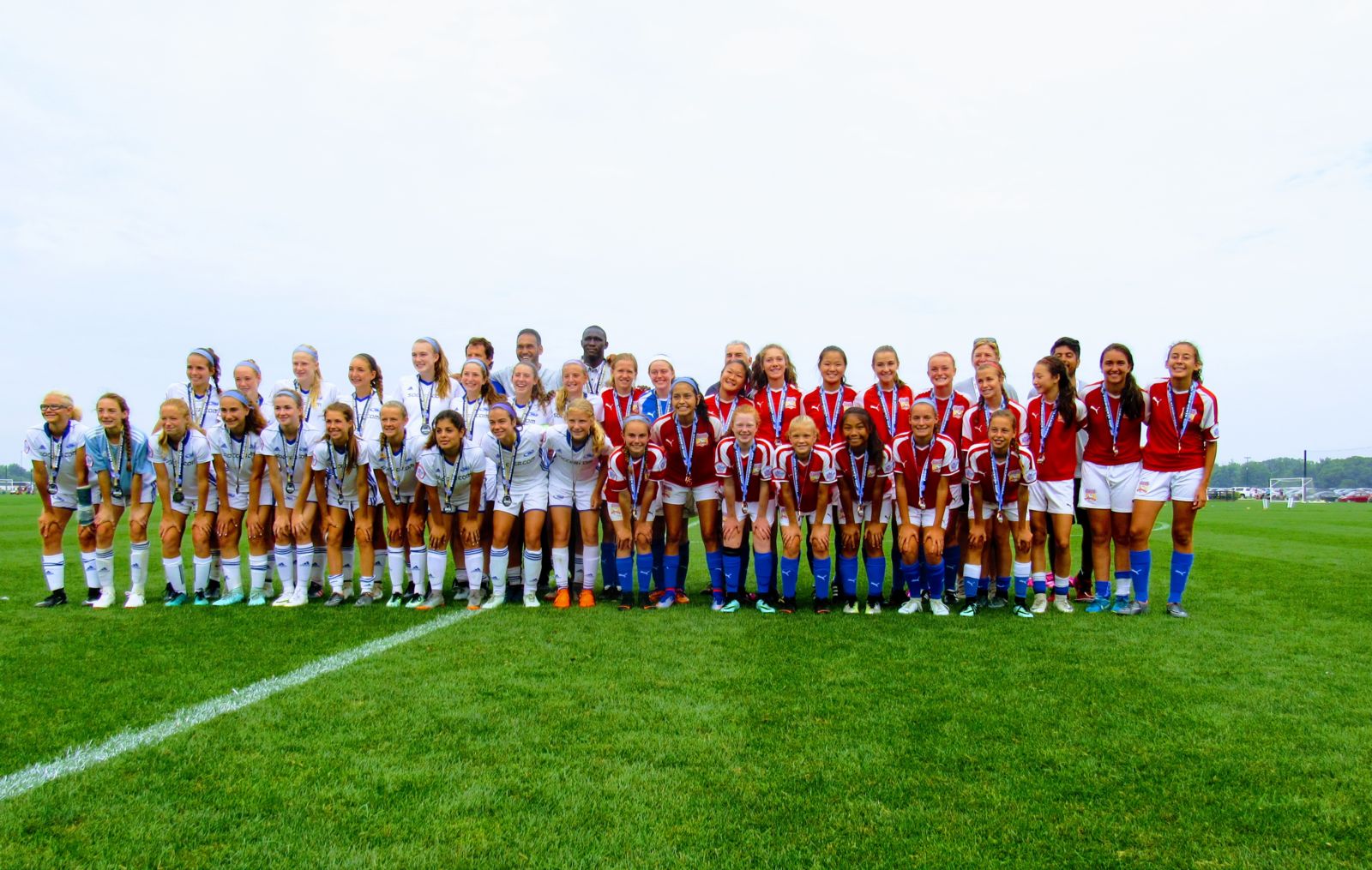